Inflation at a 40-year high, risk-off market sentiment, and geopolitical uncertainty create a perfect storm scenario for the precious metals

The primary concern is the current level of inflation in the United States which according to the most recent data provided by the government is at 7%. The last time inflationary pressures were this high was in 1982, 40 years ago. Also, market participants are focusing on inflationary concerns in regards to upcoming action by the Federal Reserve at the upcoming FOMC meeting which will begin on Tuesday, January 25, and conclude exactly a week from today. Lift-off, a term used to describe the initiation of interest rate hikes is almost a certainty. 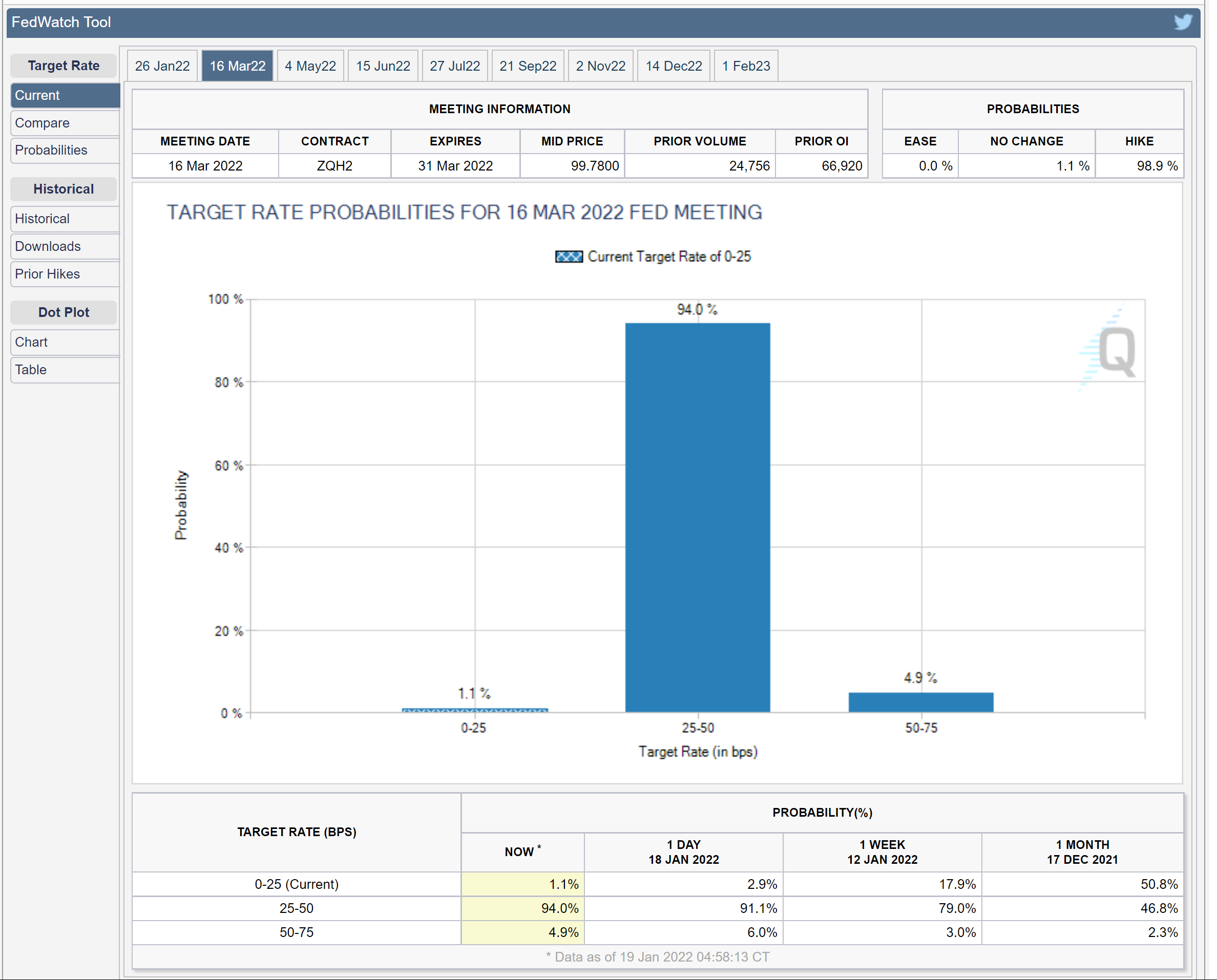 It is assumed that the Federal Reserve will announce the date they will begin lift-off at next week’s FOMC. According to the CME Group’s FedWatch tool, the probability that the first-rate hike will occur in March of this year is 94%.

Unquestionably, U.S. corporations have become addicted to borrowing money for free. The realization that this monetary policy that was enacted by the Federal Reserve to rebuild the economy in the United States is coming to an end is now sinking in. U.S. equities have been under pressure and trading to lower values for four out of the last five trading days.

In the case of the NASDAQ composite since January 12, the tech-heavy index has lost just over 6% in value. The Standard & Poor’s has lost approximately 4.2% of value, and the Dow Jones industrial average has declined by approximately 3.61%.

Lastly, although only a small component of the recent shift in market sentiment of both U.S. equities and the precious metals markets is the geopolitical tension that is building as Russian troops continue to mount on the border of Ukraine.