While gold and silver traders are not dancing in the streets, they are quietly rejoicing. Their assumptions, knowledge, and expectations that both gold and silver have been oversold and undervalued were greatly rewarded today. Goods and service prices continue to become more costly and the fact that the Federal Reserve’s four consecutive rate hikes have made only a fractional difference in “core” inflation is a strong confirmation that the Federal Reserve is ineffective in reducing inflation to its target level of 2%.

However, when it comes to “headline” inflation which adds the costs of energy, food, and shelter into the equation the net result of their monetary policy has had zero impact with inflation continuing to spiral to higher levels.

Since March the Federal Reserve has raised its Fed funds rate by 2.25% leading to only one major accomplishment if you can call it that. They have effectively contracted the U.S. economy for the last two consecutive quarters. Consumer spending is now growing at the slowest pace in two years as business expenditures decline. Whatever spin government officials put on today’s second quarter GDP report the facts speak for themselves.

“U.S. teetering on brink of recession as GDP contracts in second quarter,”

The headline above is based upon the following facts; first, second quarter GDP decreased by 0.9%. Secondly, inventories account for a large decline in GDP. Lastly, consumer spending has slowed and business investment has contracted.

The Oxford language dictionary defines a recession as “a period of temporary economic decline during which trade and industrial activity are reduced, generally identified by a fall in GDP in two successive quarters. The country is in the depths of a recession."

It is emphatically clear that the United States economy has met the definition of a recession regardless of what the government wants us to believe. Therefore, today’s extremely robust move in both gold and silver are highly warranted and long overdue. 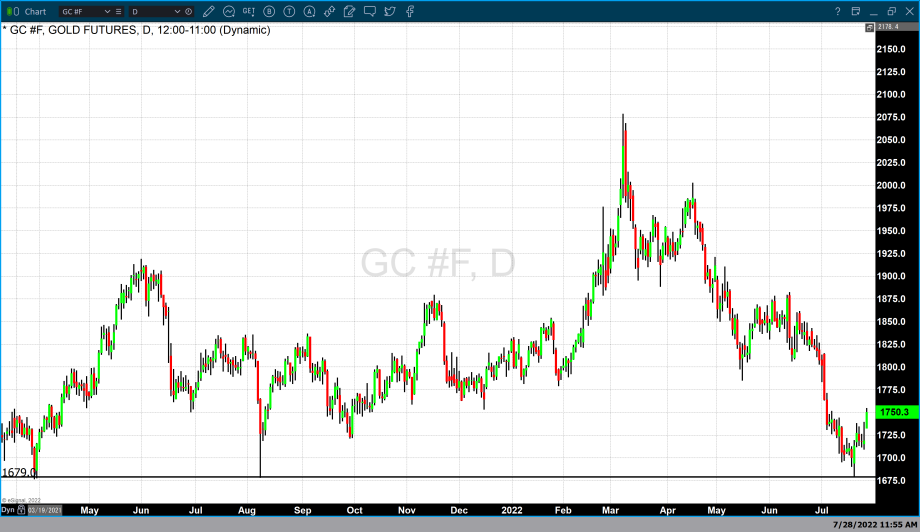 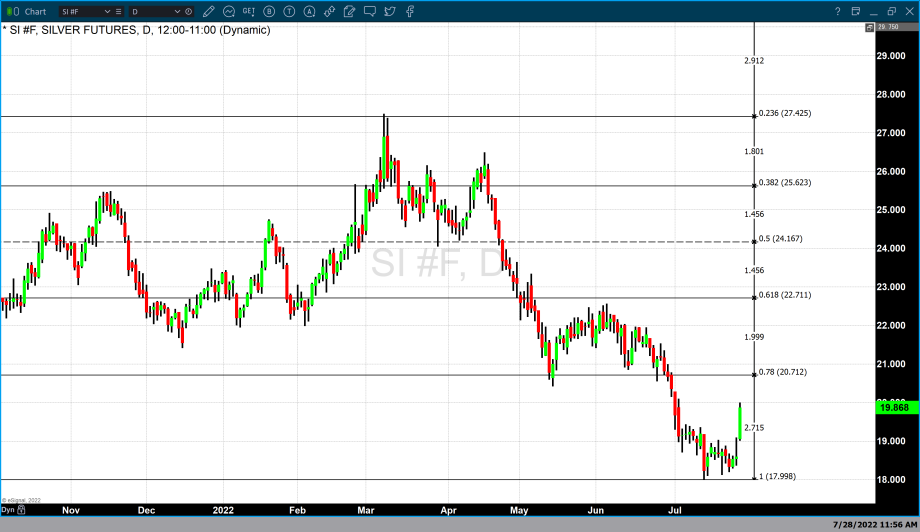 However, it was silver that outshined the precious metals complex today rising by 7.45% with the September futures contract currently up $1.385 and fixed at $19.98.

Over the last month, our daily articles have assumed that gold prices were extremely undervalued and oversold. More so, we identified a key price point at $1680 which we believed had a realistic probability to define a major support level in which a key reversal could take place. Because of that assumption we made a recommendation to our premium subscribers on July 14 to enter an order to buy August gold at $1681 or better. On July 21 gold traded to a low of $1678.60 allowing our open order to be executed. Today we recommended closing the trade out and our effective exit price was just above $1745. 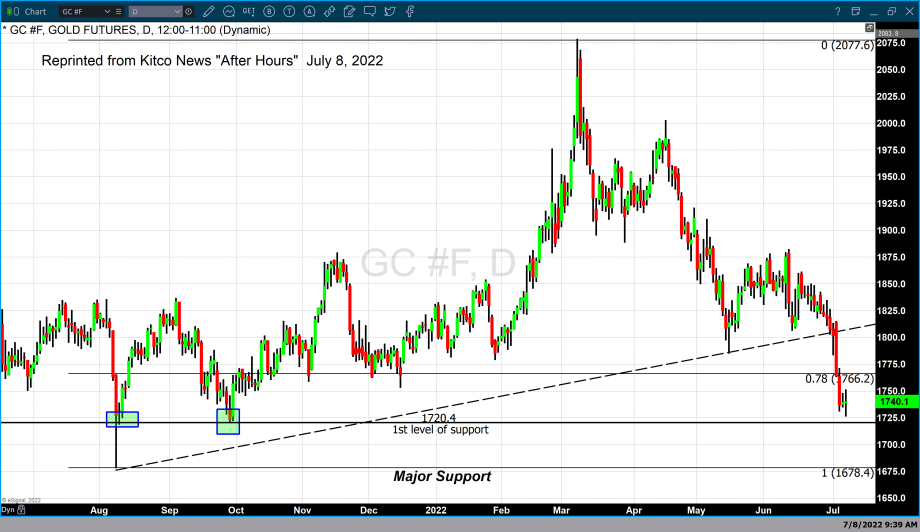 For weeks before gold traded below $1700, we informed our readers at Kitco in our “After Hours” column that $1680 was a major level of support giving them not only the opportunity but the time to act upon that assumption.