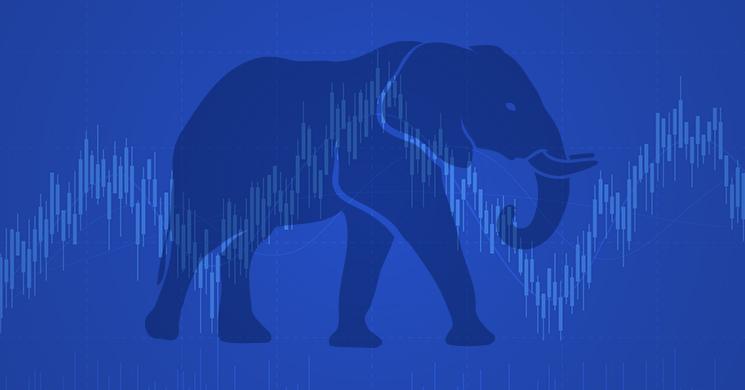 Most market analysts are very much like blind men examining an elephant. They see only that portion of the item they are trained to see. Most often they are unable to see beyond their narrow field of vision and reject the observations of others who, having different disciplines, will come to a differing conclusion upon examining the same item. One will look at earnings and, finding rapid earnings growth, will see a stock that should soar.

Another, looking at the same stock but focusing on book value, will see overvaluation and a stock that should crash. The former’s objective was to own strong growth: the latter’s objective was to buy goods at a discount. Perhaps another pair of analysts come along. One noting the stock’s increasing relative strength, would recommend a buy while her opposite would see a severely overbought situation crying out be sold. On one hand you have an attempt to buy performance: on the other an attempt to pick a top. Yet another analyst might come along and reject any opinion on the stock because it was not in his “universe”.  The next analyst might say the stock was to thinly traded for his volume-based methodology to apply here. Here to, we have a group of blind men who, having examined a common item, have come away with widely differing impressions.

Fortunately, you do not suffer the same fate. The fact that you have this book in your hands suggest that you wish to see things from another point of view than that to which you are accustomed, that you wish to expand your horizons and see things in new and exciting ways. Therein lies the key to investment success.

The basic divide in the investment analysis community is between fundamentalists and technicians. Fundamentalists believe that through a careful inspection of the companies books and related factors common profitable investment decisions can be made. Technicians believe that profitable decisions can be made through a careful examination of an issues trading activity and related factors. Further, with these camps there is endless diversity, as illustrated previously. They both are right.

There is actually a third group of market analysts that declares the analytical problems to be insoluble. Their solution is to become the market and, come what may, experienced the long-haul trend of common stock returns. This group need not concern us here, as it has little impact on the analytical process.

On each side of the basic divide there is value, and within each of the subdivisions there is value as well. However, it is only through a combination of all of these factors that an analyst can hope to see the whole picture. Only by examining all of the relevant data can analysts know the elephant. Increasingly this broad, Renaissance approach is being adopted by analysts who wish to excel.

In what may be the first statement of contrary and philosophy, Henry Thoreau in Walden suggested that taking the less trodden path made all the difference. I suggest that you take all the paths and see the problem from all angles to be successful in the long run. A narrow vision may work today, but it is unlikely to prevail over several market cycles.

Picture the whole fundamental knowledge as a circle, and the whole of technical knowledge as another circle. Now placed them so that a portion of each circle overlaps a portion of the other. That intersection, the place where the fundamental and technical overlap, is called the juncture of sets in mathematics. I call that place the domain of rational analysis. I define a rational analyst to be one who inhabits the juncture of sets of fundamental and technical analysis.

What you have in your hands is a book extensively and Japanese candlestick charting- in ancient, for us, different way of looking at the markets. To me the value of this book is its attempt to join the sets of Eastern and Western technical knowledge. Therein, at least for me, lies the crux of the matter. This is a concept that is on the cutting edge of analysis. We no longer have a tree and the barn: now we begin to see the whole. We begin to achieve an understanding of just what the elephant is.

To go beyond the cutting edge, you have to combine this work with fundamental analysis. But that’s a subject for another time and perhaps another book.